The Next Milestone in Performance – Chiropractic for Kids 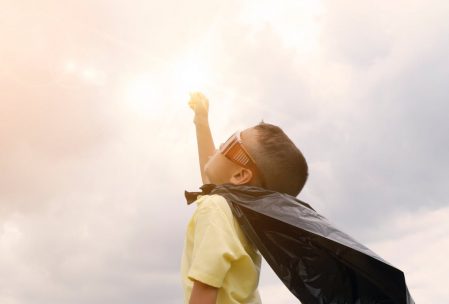 As children grow and develop, it’s not just their bodies that experience a multitude of changes. We know that the brain is a key component of their health and well-being and needs to be given just as much, if not more, attention as the rest of their body during these developmental years. Often when we see children and teens in our office, they are presenting with a complaint that is the result of an accumulation of smaller structural issues which would be much easier to stay on top of through regular care.

In the infant stage, your child has gone through the experience of birth (which even in the most ideal circumstance can still result in trauma to their neck or spine – they don’t call it ‘labour’ for no reason at all) and is learning to feed, digest and develop muscle control and communication skills. Their brain is constantly in growth mode and, while clinical trials on children are still scarce, case studies support the view that chiropractic care can have positive effects on conditions such as colic, reflux, sleeping difficulties and more [2]. There is a growing body of evidence to support the value of chiropractic care for infants, with emphasis on its safety and gentle methods [6,7]. Here at Precision, correcting misalignments in infants is as gentle as a cuddle.

As your child grows, they learn to play and discover the world around them. Falls and tumbles are a key part of their little adventures, which is why it’s important to get them checked regularly for any structural misalignments. It’s much easier to do a small correction in a youngster than months of work on an adult who may have spent years or even decades compensating for misalignments they sustained as a child. Even minor trips and falls can unsettle the spine. The longer these misalignments remain in their incorrect positions as a child grows, the harder it is to correct them later. Which is why we encourage parents to get their children checked regularly. Correcting these misalignments may also have a positive influence on a child’s response to different childhood ailments by improving their overall immunological capacity, helping their body naturally fend off issues such as ear infections [8]. There is evidence to show that children who receive chiropractic care require less antibiotics and experience fewer recurrences of infections and illnesses [2]. There is also growing support for chiropractic care as a natural alternative to pharmaceutical interventions for conditions such as ADHD and Autism Spectrum Disorders. In a large American trial, children with these conditions who underwent chiropractic care produced increased psychometric scores and improved behavioural characteristics [1,3].

The teenage brain can be demanding both for parents and teens themselves, so it’s important that we offer extra support for teens even as they begin to develop their own independence. It is well established that the brain remains in an active state of development during adolescence as it works to regulate and increase various hormones throughout puberty. MRI studies have also shown that the process of myelinogenesis (rapid increase in the electrical insultation layers of nerve cells) is not isolated to gestation as originally thought, but remains in progress during adolescence as the central nervous system develops [4]. This means that the electrical pathways for signals to be sent throughout the body are still being formed in these crucial years – yet another reason to give the brain and body as much support as possible during this time! Assistance not only from chiropractic care, but also nutritional support such as fish oil can be a helpful boost to a teenager as they navigate this phase of growth and maturation.

As parents, we want our kids to not only thrive in their current stage, but also be well prepared for the life they have ahead of them. We work with so many adults in our office who are trying to correct structural misalignments from their childhood – be it from a fall off a rocking horse, a slip in dance class, a soccer ball to the face, the list goes on – it is never a waste to get a child checked regularly to help them grow and function at their best. It helps them perform better both physically and mentally [5], as well as setting them up with a stable framework for adulthood without hidden misalignments that may end up affecting them decades into their future.

Want to know more about getting your child into their best state of performance? Come in for a Complimentary Chat with a chiropractor (obligation free) to discuss your options!

About the Author Dr Edward Roper

Ed has been practicing in Tauranga since 2009, and established Precision Chiropractic in 2012. Prior to this, Ed spent several years in a chiropractic practice in Albany, Auckland.